Meet Jenny, a Social Worker and Au Pair Living with a Military Family in North Carolina 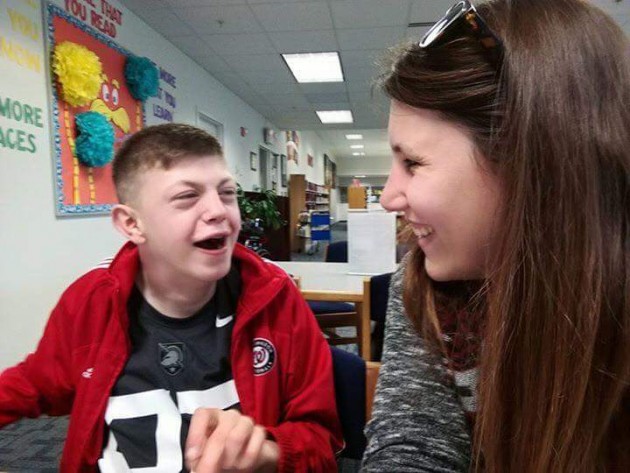 At just 24 years old, Jennifer (Jenny) Reisdorf of Koblenz, Germany, has already interned at a kindergarten, worked as a teacher, run her own Girl Scout troop, managed a children’s camp at a zoo, lived in Australia for a year as an au pair, and volunteered with kids in a homeless shelter in Namibia. Today, she is living and working with a PROaupair host family in the U.S. as part of the U.S. Department of State’s J1 au pair program.

Jenny arrived in the U.S. in February 2017 and went to live with a family in Fayetteville, North Carolina. Jenny’s host family lives on a military base. Her host father is a career Army officer who is currently deployed overseas, which means Jenny is the second “parent” in the household – helping her host mom, Mara, care for the family’s two children: 12-year-old Sally Ann and 14-year old JP, who has special needs.

Jenny first learned about the J1 au pair program online. She was initially interested in traveling to Canada, but since she had already been an au pair once before, in Australia, she didn’t want to do the usual au pair program.

“What was most interesting to me was to live with a child with special needs,” she explained. “If you work with children with special needs in a shelter or in a kindergarten, you only work certain hours. But with PROaupair’s program, you have 24 hours of exposure in their home environment. It is their real life and how they usually react.”

Jenny has a degree in early childhood education and has always loved working with kids.

“I’m a single child and was always in Girl Scouts and other programs,” she said. “When I was 15 years old I decided I wanted to work with kids. They can give you so much more than working in an office.”

Jenny’s days start early: she usually wakes JP up at 5:30 a.m. in order to help him get up, take his medicine, go to the bathroom, and get ready for school. JP has autism, a cleft palate, and a chromosomal deletion that is unique to him. He functions at a three-year-old level and is still in diapers. Once Jenny has helped JP to get ready, she prepares the kids lunches and then waits with JP for his bus to take him to school. Her days are mostly free, until JP gets back from school at 3:30 p.m.

“In the afternoon, JP has ABA therapy with a therapist who comes to the house,” Jenny said. “I watch to see what she does and help him do it before and after therapy sessions so he can reach his target goals faster.”

In the evenings, Jenny makes dinner for the kids and then helps JP get ready for bed. Most of her work hours are spent with JP, since he needs extra support.

“I love to laugh and so does JP – we laugh all day actually,” she explained. “For Sally Ann, I try to be a big sister to her, but it isn’t always that easy. I spend most of my time with JP so I am not able to spend as much time with her.”

Jenny feels like she has learned so much from living with her host family.

Jenny and her host mom Mara have a good relationship and Jenny has a lot of respect for her and how hard she works.

“I respect Mara like a boss, but on the other side, she is also like a friend,” Jenny said. “You can tell her everything – and not just about JP or Sally, but also about your private life. I already feel like a member of the family.”

During her non-working hours, Jenny loves to spend time with her friends, some of whom are also au pairs with military families.

“Fayetteville is not that big so we usually go to the cinema, have lunch together or go for walks,” Jenny said. “I also like to go to the nearby gym.”

As part of her program with PROaupair, Jenny also does volunteer work in her free time. 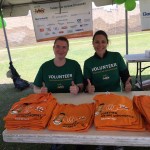 “I love to do volunteer work – I volunteered at an MS walk last Saturday and the Sunday before that I helped out at a water station for a marathon,” she explained. “There are lots of opportunities to do volunteer work. I just met with my area director today and found out about the Red Cross needing volunteers, so I plan to volunteer with them too. I have a lot of time off during the day when the kids are in school and you learn so much by getting to chat with the locals.”

Living on the military base was a little bit of an adjustment for Jenny but she hopes she will learn more about the military while she is here.

“It’s a little weird because everyone is wearing uniforms and you see groups of people running around doing exercises in the morning while we are waiting for the school bus,” she said. “I get confused about what everyone’s job is and all the rules and positions. Sometimes you hear cannons going off for retreat and reveille. You get use to it all and I am looking forward to learning more about it.”

Jenny hopes to be able to travel and see more of the country while she is here. 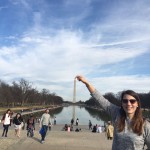 “I want to go to the west coast – to California,” she said. “And, to see some national parks. I already traveled on my second weekend here. It was a public holiday and Mara gave me the day off so I could go with some other au pairs to Washington, DC. I’m currently on vacation with the family in Florida, which I love. At the end of May, my friends and I are all going to go to Savannah, Georgia.”

Jenny loves to learn and feels like she is learning something all the time.

“Everyday I learn something new from JP,” she said. “For some families without a child with special needs, it is not a big deal if they can get dressed on their own and brush their teeth. But to see JP do these things – well, they are more important than any one big thing he can do.”

Jenny’s philosophy about working with children rests on mutual respect.

Since Jenny’s host father is deployed, she is well aware of her role as the second adult in the house.

“Mara really needs my help and is really grateful,” she said. “I’m the only other person for the kids besides her, so this can be hard, but it is also great. I can talk more with her now because her husband is away and we are each other’s main people to talk to as adults.”

Working with a child with special needs has been eye opening for Jenny, and has opened her mind to things she wouldn’t normally notice.

“When I take JP on a walk, I use the wheel chair and the paths aren’t always great for it – so you get to see this,” she said. “For me, it is never a problem to go somewhere, but when you are in a wheelchair it is hard. I notice the difficulty in accessibility.”

She also notices the reactions from others – both children and parents – when they meet JP.

“It is interesting how other people react,” she said. “They see that he acts differently than their children and some are scared and some are friendly – different people have different reactions. Most of the adults are really great.”

Jenny misses her family, friends and her boyfriend back home – but technology helps to keep her connected.

“You have Skype and WhatsAp – and the time difference is only 6 hours so it is easy to talk to people, even every day.”

“You try to give more, but you also get a lot back,” she explained. “JP has an awesome personality, such a funny guy and he shows me that I shouldn’t take life that seriously. You can have so much fun with kids and they pay you back in their own way.” 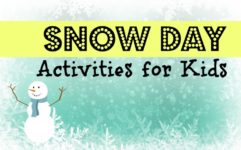 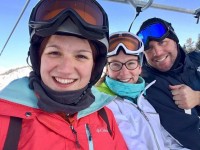 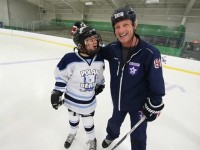 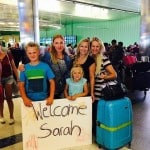 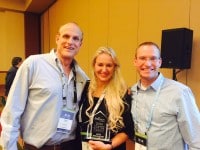 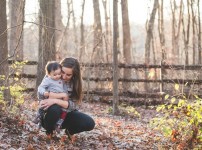