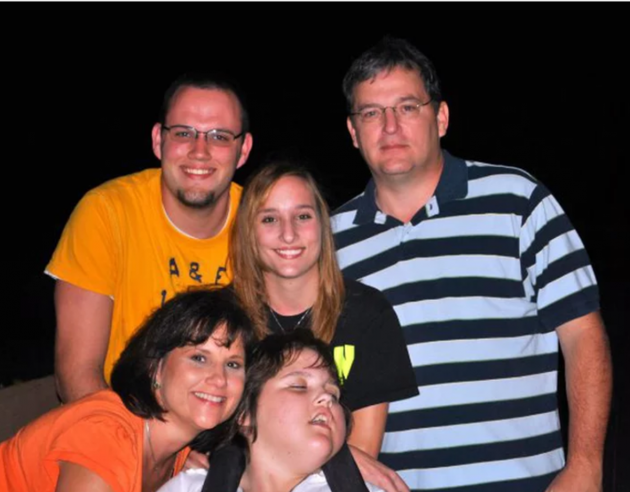 Theresa Edwards, apex PROaupair's Director of Field Operations, joined the company in 2016 and has over 23 years of tenure in the au pair industry. She was drawn to apex PROaupair because of her personal connection with an experience that many of our host families and staff share- her daughter, Sophie, had special needs.

When approached to join the apex PROaupair team, I was excited about combining my purpose and passion, helping children with special needs, with my career.

Theresa’s daughter Sophie was born in 1992 and started presenting with seizures upon her arrival home.  Seven days later the Edwards found themselves introduced to the local children’s hospital where they would spend much of the next 18 years.  Theresa shares,

As time progressed we, of course, learned of Sophie’s medical needs.  Undiagnosed seizure disorder is what the main medical diagnosis became and over the next few years, a wide range of other medical issues that unfortunately became part of our daily life.  Sophie did smile in between the constant screaming so we began to see a little person who interacted with us occasionally.  We also became accustomed to spending hours in the hospital during inpatient stays or outpatient visits.

Sophie's life was not easy but through it all, Sophie and the Edwards family had times of levity too. Sophie passed away in 2010, forever residing in the hearts of her loved ones.

Our family has become richer – each one of us in our private way learned from Sophie. We learned to love her and she loved us. We each interacted differently and she, as well, interacted differently with each of us... Sophie was as much a part of the conversation with her nonverbal behavior as we were with our verbal. We were a unit and she was very much at ease when it was just our small family unit.

Throughout her life, one of the key challenges that Sophie faced was communicating with others.

We had searched for a communication device that Sophie could access all her life. It was a challenge given that her limbs were affected by tone from spasticity and her body was challenged by the energy metabolism disorder that was the basis of her health issues. Sophie communicated with us through her eyes and in 2008, we found an eye gaze computer that Sophie could operate. It took months to locate the sources to fund the $17,000 device, only to have it delivered 1 week to the day after Sophie's funeral. We contributed over $10,000 worth of equipment in 2012 & 2013 to Park Hill School District's Assistive Technology Library and the therapists and educators continue to inform us that it was a gift that keeps on giving each day in the classrooms and beyond.

This experience inspired Theresa and her family to create Sophie's Run, a 5k run first held in 2012 to honor Sophie's memory and raise money for Assistive Technology Devices for children with special needs in the local community.

Our goal through the Sophie’s Run @ Lake Waukomis Foundation, is to never see a child have to wait to communicate. In addition to the trial devices we purchased for the school district's library, we have purchased communication devices for 38 children since May of 2014 and there are currently 6 more applications being reviewed. Since communication doesn't stop when children leave their school, we hope to assist families who would like a device to create seamless communication from home to school and back again. This also allows families to save insurance assistance for more advanced technology when the child is older as insurance companies only purchase one device from age 4 – 21!

The 5th annual Sophie's run was held on May 6, 2017 and enabled at least 15 students with special needs to receive communication devices for the upcoming school year. 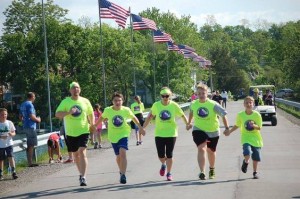 While Theresa, Sophie and the entire Edwards family had to experience trials, today Sophie's life is impacting hundreds of people, both through Sophie's Run and via Theresa's role with apex PROaupair.

In the words of one of the family’s favorite artists, “I could have missed the pain, but I’d have had to miss the dance.”

For more information about Sophie's Run or to read more of Theresa's story, go to www.runsophies5k.com

Theresa resides in Kansas City, MO with her husband, Jim, and has two adult children, Todd and Caitlin. She is also mother to Sophie, who was born in 1992 and Claire, Caitlin’s twin - born at 25 weeks and passed shortly thereafter.  Theresa feels that her experiences with the illness and loss of both girls, made her stronger and resilient.  In her free time, Theresa enjoys her granddaughters, volunteering in her community, biking with her husband and friends and enjoying the lake on which they reside and host Sophie’s Run! 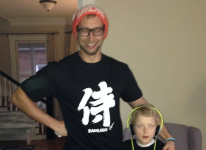 PROaupair Robert Isemer selected as one of three finalists for IAPA Au Pair of the Year!
APEX PROaupair named 2016 Infusionsoft Elite Business of the Year Finalist

In their own words: the Schueller family of Troy, Michigan raves about their professional au pair, Sophia 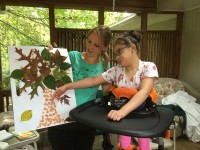